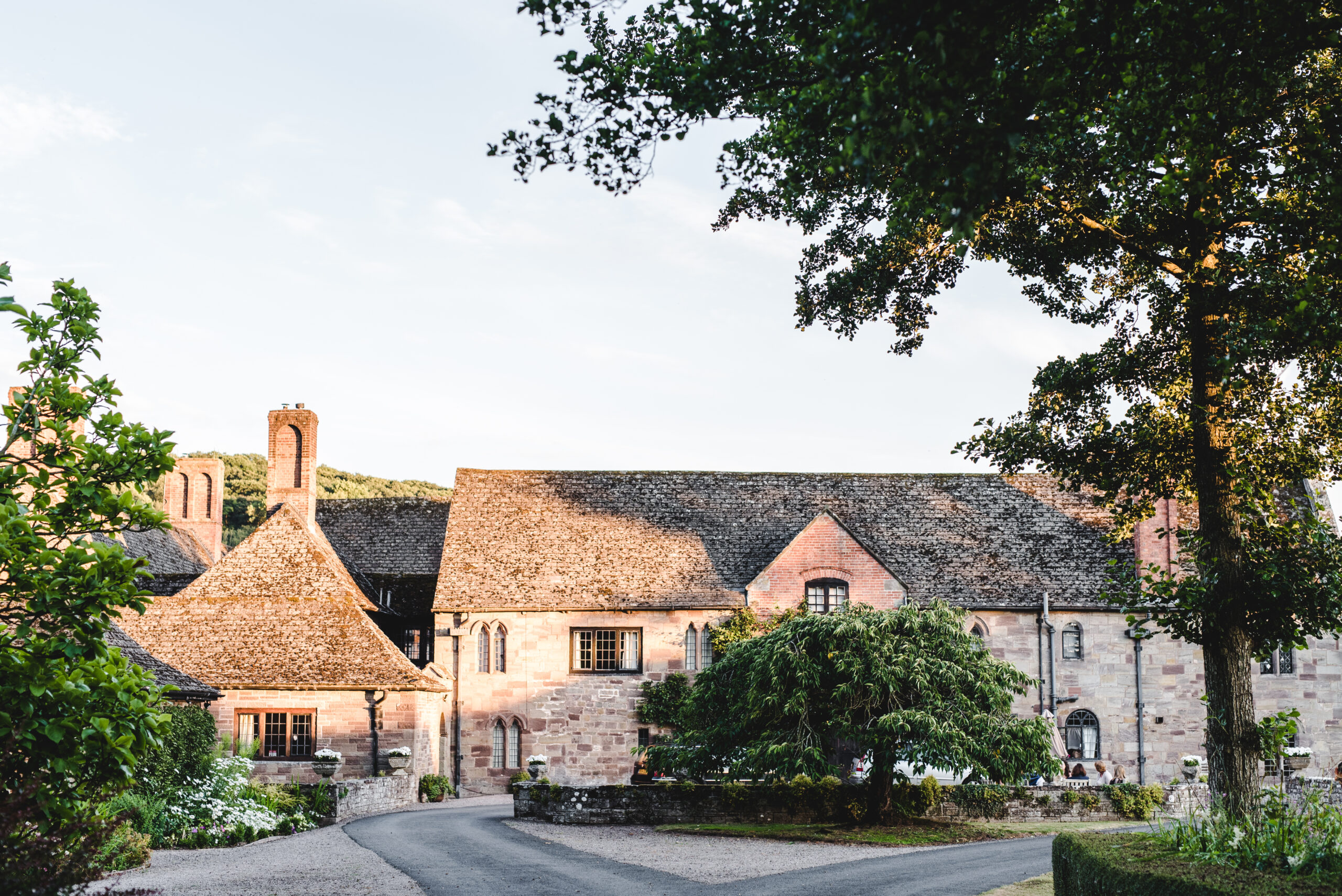 With views over the moat, gardens and winding drive, each room has its own story to tell

The manor is Grade I listed and dates back to the early 14th Century. With ornate ceilings, mullioned windows, grand fireplaces, beams and staircases scattered throughout the house, Brinsop sets a truly romantic scene.

Owners Pat and Martin have spent a great deal of time and care renovating the manor, to return it to its former glory. Pat’s younger years were spent growing up on a Herefordshire farm, but she has always had an interest in interior design. When the opportunity arose at Brinsop, she took it, ran with it and has created something extra special.

Within each of the four wings, Pat has brought colour, texture and pattern together, leaving the original features to sing amongst the comforts of modern living. Brinsop is a house that invites you to feel at home.

Unfortunatley we are unable to offer weekend holiday stays but we do have a variety of midweek dates available throughout 2023:

Three of the rooms, named French, Platform and Hogwarts, share two bathrooms, one with a walk-in shower and the other with a shower over the bath. The final room, Tom & Penny’s, has an ensuite shower room.

All rooms can be set up with either king or twin beds and have a westerly aspect with a view of the moat. Being on the corner, Tom & Penny’s also enjoys a southerly view over the gardens and Black Mountains in the distance.

Tirrells wing is split over the ground and first floor, containing five bedrooms and a large farmhouse kitchen with utility room and Aga. In total, seven guests can sleep in this wing.

The Gothic Suite, with its exposed stone walls and striking headboard, can be set up with king or twin beds. It has an adjoining single bedroom, accessed through a Jack & Jill bathroom with a shower over the bath, and enjoys views over the moat and the drive.

The following two rooms, Pagoda and Barrel Vault, can be set up as king or twin rooms. They share a bathroom with a shower and large bathtub, plus a view of the drive and the moat. Our cosy Cloakroom has a single bed with an ensuite shower room and views over the drive.

Our Dansey wing is a true home from home, featuring its own front door, large kitchen with utility room, bubbling hot tub and split-level living. With five bedrooms and four bathrooms, this self-contained suite can sleep nine guests.

On the ground floor we have two bedrooms, Butterfly and Housekeepers. Butterfly can be set up as a king or twin bedroom and has an ensuite bathroom with a walk-in shower and bathtub. Housekeepers is our flexible room, which can be dressed as a lounge or as a king or twin bedroom. This floor also has an accessible bathroom with roll in shower and bathtub.

The second floor is home to a further three bedrooms, Butlers, Cooks and Valets. Both Butlers and Cooks are king or twin bedrooms, one with an ensuite shower room. Valets is a comfy single bedroom. Along the corridor, we also have a bathroom with a walk-in shower and bathtub, plus a WC. All rooms have a view of the moat.

Astley Wing has four bedrooms, two of which are located on the first floor named Miles and Tanks, sleeping up to four guests. Miles has an ensuite shower room and Tanks’ ensuite has a shower over the bathroom.

Divided by the Morning Room, on the ground floor, Lords and Oval rooms are both ensuite, one with a shower room and the other with a shower over the bath.

Both can be set up as king or twin rooms, with views over the moat and Astley Lawn to the open countryside.

What Our Guests Say

"Honestly cannot thank you and everyone that was there across the 2 days for everything that you all did. It was amazing and not only did we have the best time, everyone who came absolutely loved it all! So happy that we found Brinsop!!"

"You were so attentive and helpful throughout the whole process and wedding day. We really appreciated having you around!"

"We had the BEST time and we are already planning on visiting the cottage next year for Christmas!”

"We can not thank you enough for everything you did to make our big day so amazing! You handled everything so professionally - which can’t of been easy with such a drama-filled family, demanding groom & emotional bride!!"